Aleia grew up in a small city in South Atlanta, Georgia called Fairburn. The middle child of five, Aleia first watched her two older sisters go to college, before returning home to pursue other things.

“Both of my sisters dropped out of college and I didn’t want that to be me. The community I was in was behind the times and people there had a mindset that if you’re here, you stay here. There was no encouragement to do better, be better. I didn’t want to have that mindset; I wanted to have my own. I needed a fresh view on the world and I felt the tech world was bigger out west.

When I was young, I lived with my aunt and she had a typewriter. Being where I’m from, there’s not a lot of exposure to the outside world. We didn’t have internet in my house. They taught us some computer stuff in school, but it was like how to use Ask Jeeves and stuff like that. Then I’d get home and use the old typewriter to type up and print stuff.”

Things took a turn for Aleia after a 7th grade science fair project on air quality won her a trip to Cape Canaveral, launching her fascination with NASA and current trajectory towards a career as a robotics engineer.

“The following year, they had a symposium and they picked two kids per state to go to Houston and I was one of the two in Georgia. So they flew us out there to the Houston Space Center and I got to meet all these CEOs and astronauts and we got to go behind the scenes and see where mission control was and where they trained the astronauts. We could even see them building the ships!

There was a dinner one of the last nights with all the current astronauts, some former astronauts, all the big wigs. This was also the year Wall-E came out, and so I got to sit and watch the premiere of Wall-E with all these Nasa people. At that moment, I was like this is it: I’m building robots that are adorable that go into space but for the purpose of helping the world.

After high school, Aleia worked up the strength to leave home and pursue her ambitious dreams.

“I just packed up one day and moved across the country to Arizona. I went to a tech school out there and got a degree in robotics. My distant future goal is to work at NASA because I’ve always loved math, science and space. I was originally going to be an astronaut, and then I thought, I don’t want to go into space---i just want to build their rockets!

I applied to Intel, but didn’t think I was going to get it. I had like half the qualifications. I thought “At the worst, they’ll tell me no and I can learn from that experience. And then they said yes!

At Intel, there was a lot of taking apart hardware and putting it back together. I started to realize I could do software and learn even more. So from there, I decided I wanted to work on more code-based projects.

That led me to hearing about a podcast Jeremy [Make School’s CEO], was on called “Learn to Code with Me.” Next thing I know, I was diving into Make School. I came to Preview Weekend, took a class and was like “This is it. I’m going to Make School!” 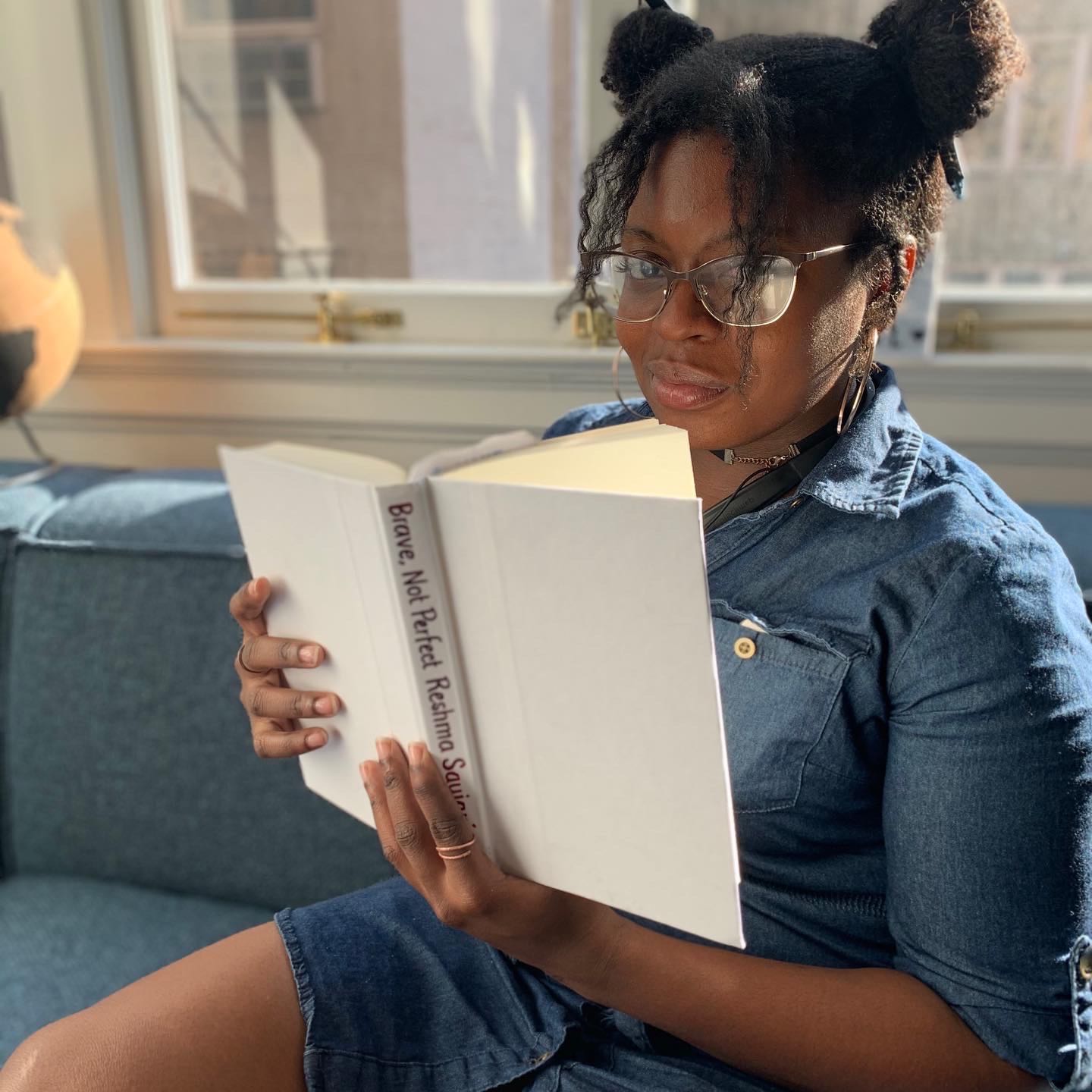 Now in her second term at Make School, Aleia has been able to fully immerse herself in tech, while working on several hackathon projects, attending events as a school ambassador, leading a “campus beautification committee,” and building a robotic bird bath in her free time. She hopes that one day she can use her skills to be a NASA engineer by day and spend her nights in an underground lab building robots.

“It’s easier to learn when you surround yourself with like-minded people. If you’re in an environment with the same types of people who like the same sort of things, it makes it more fun. I just love the fact that I can go home and I can talk with my roommate and the people I live with about all sorts of nerdy code stuff and then I can come here and be like “Hey, let’s all go to this event where there’s this software developer we’ve been following.”

I like robotics, but it seems like these days, tech changes so fast and you have to be able to adapt with it. Being an adult means learning how to adapt to things quickly and you learn more surrounding yourself with people who know more than you.

Most of the people who go here are from different places and have different ideas, but at the end of the day, we all have a goal we’re trying to reach besides living the day to day.”

You can check out Aleia's blog, portfolio, and learn more about the community at Make School here.