Saturday, September 26, marked our second virtual graduation for the 2020 class! We were thrilled that over 100 students, staff, and family/friends were able to tune in to support and celebrate our graduates. It was wonderful to reminisce about the challenges faced and memories made by this amazing group of students. We can't wait to watch them soar - congrats Class of 2020 Fall Graduates! Read more about graduation below. 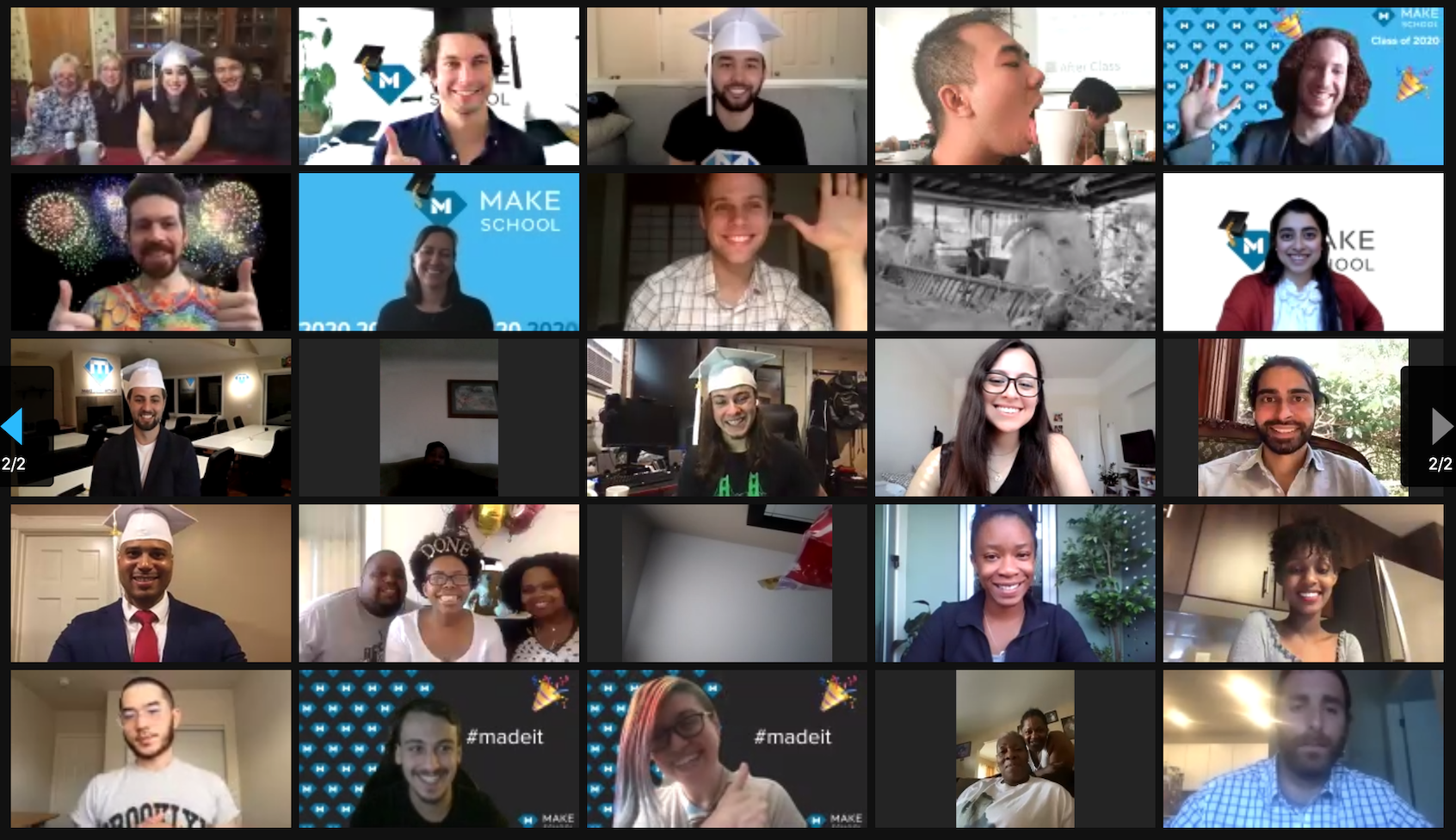 Some of the attendees during last Saturday's virtual graduation 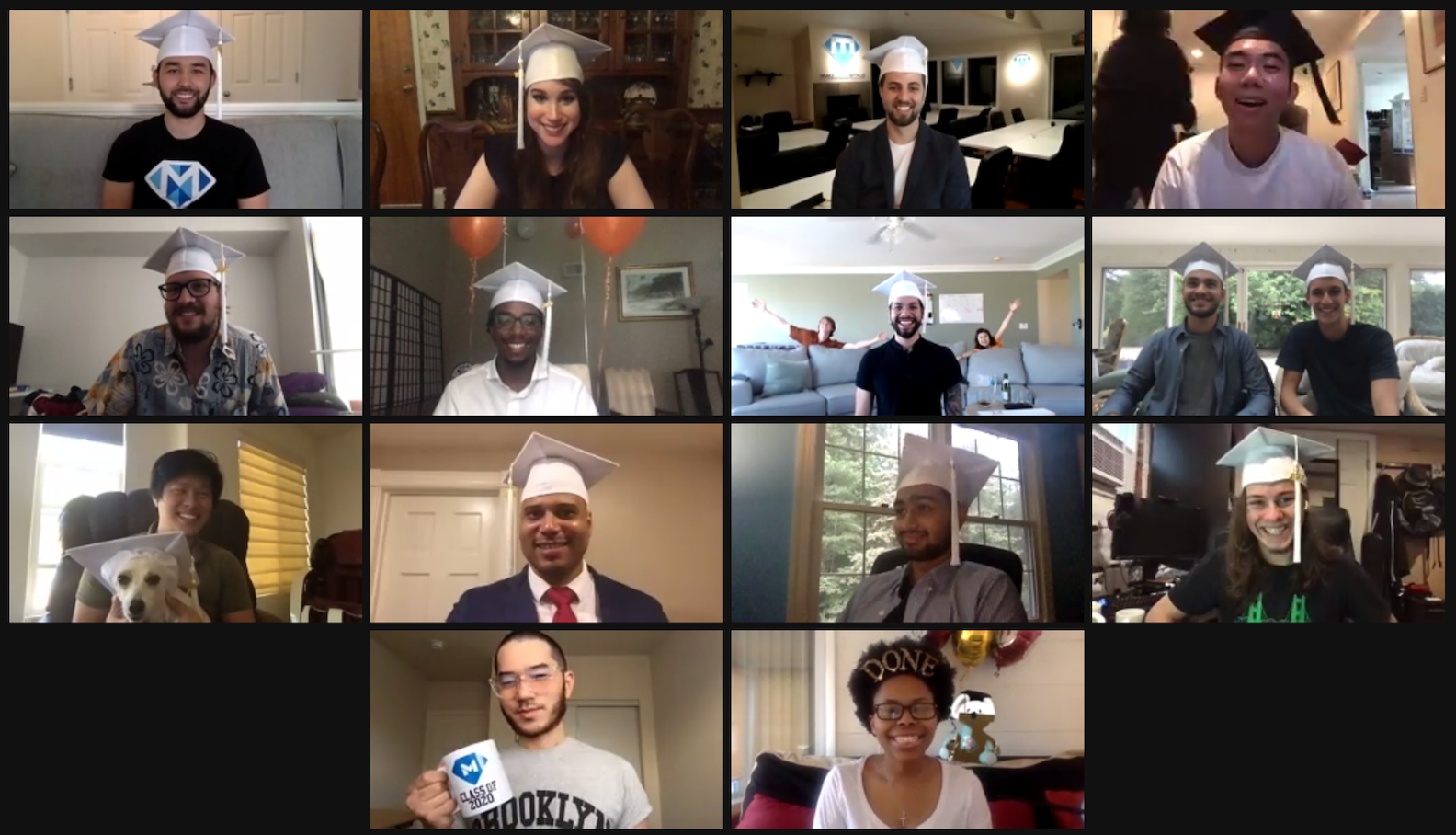 Some of our graduates last Saturday 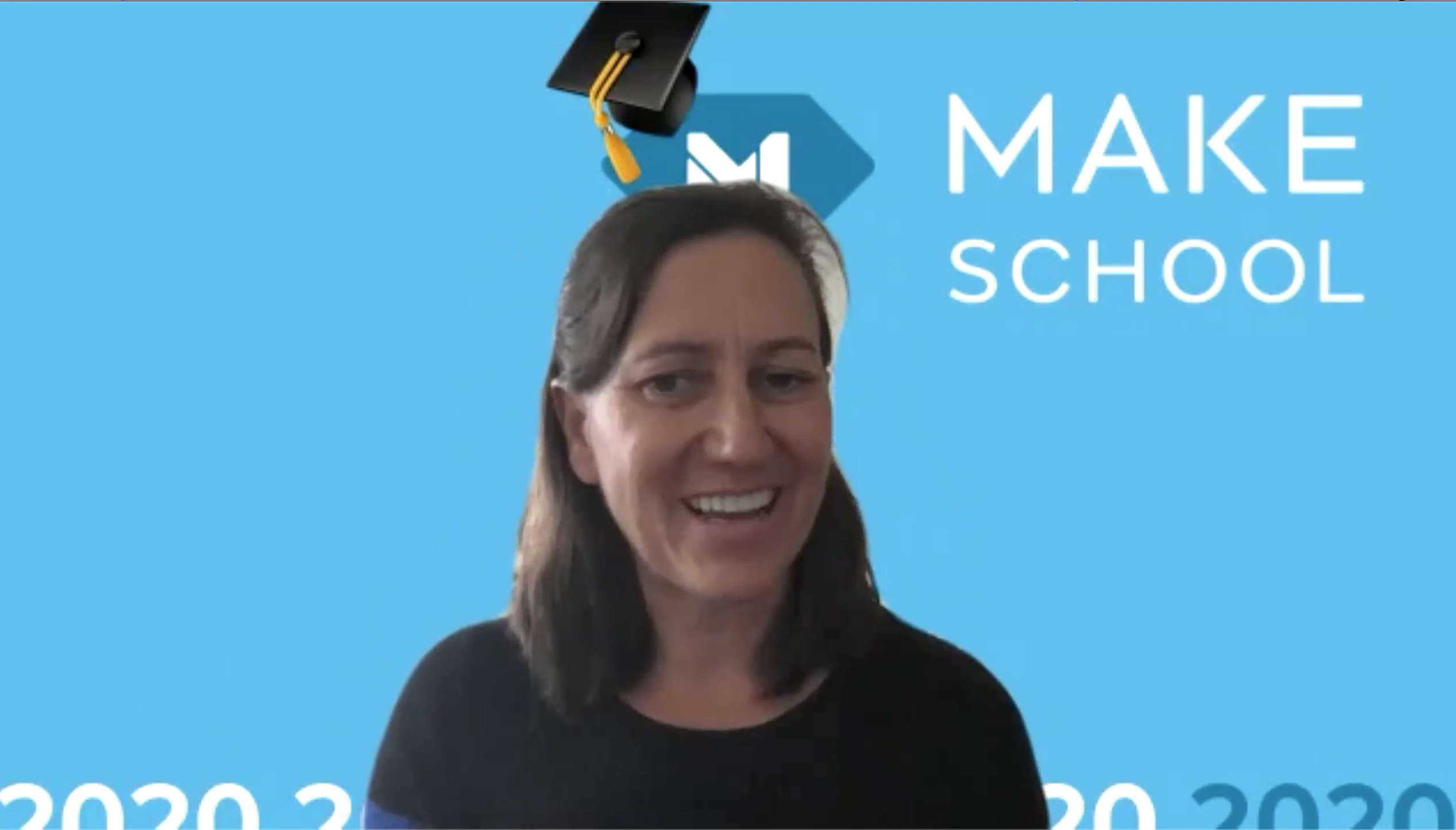 Our speakers for graduation included our Dean, Dr. Anne Spalding, the Make School founders, and faculty members like Dan Morse - who is our Instructor Manager for Early Learning. They encouraged our new graduates to look back on their achievements, look forward towards a bright future, and above all to be excited about the enormous impact they are poised to have as technology continues to become important to the world.

Graduate Ramon Geronimo created this graduation video that highlights all the important moments of the last two years for the Class of 2020. 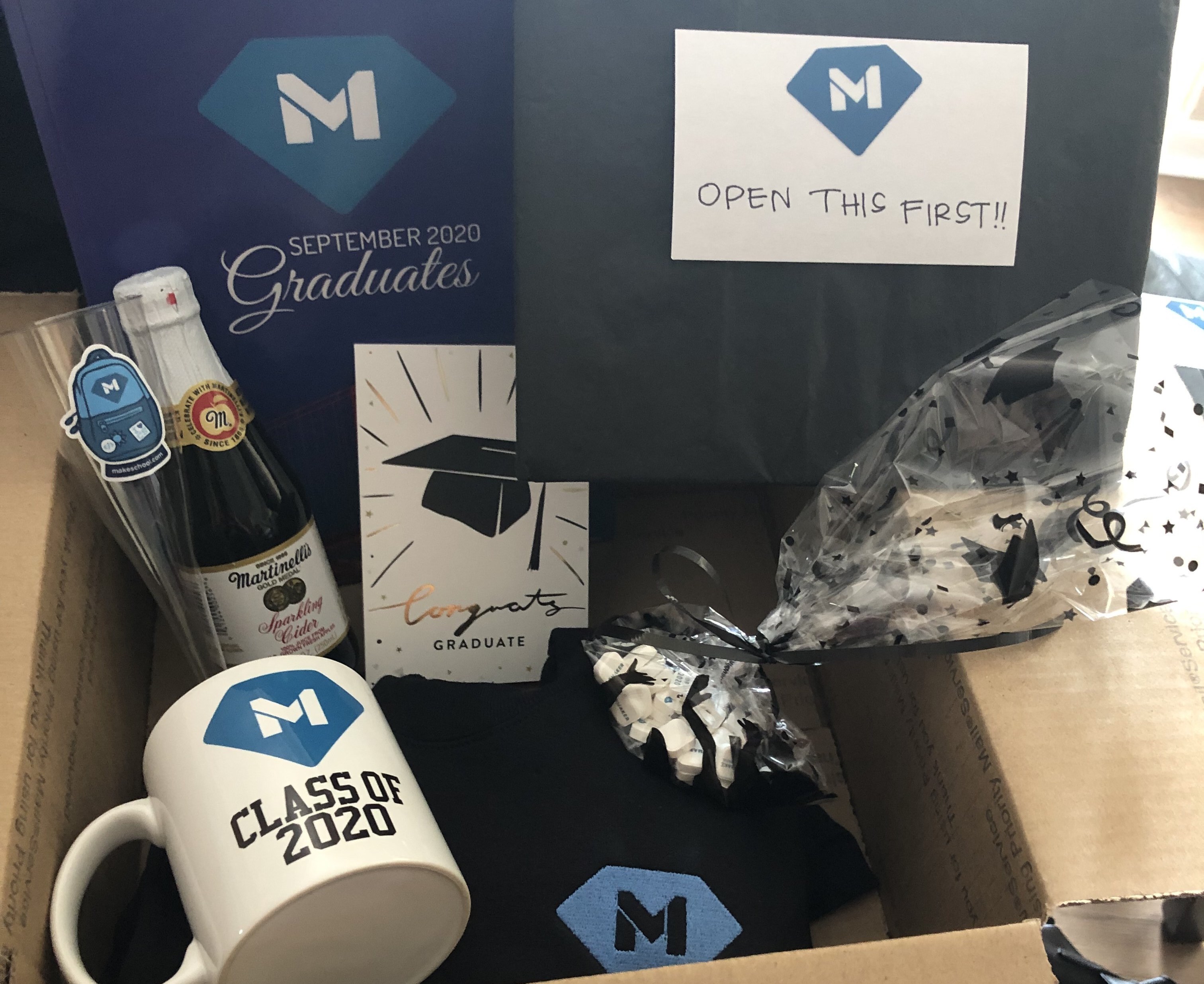 We sent all our graduates a little graduation gift filled with Make School swag like a custom alumni sweater and mug, as well as a yearbook to commemorate their time at Make School. They opened their gifts together during graduation. 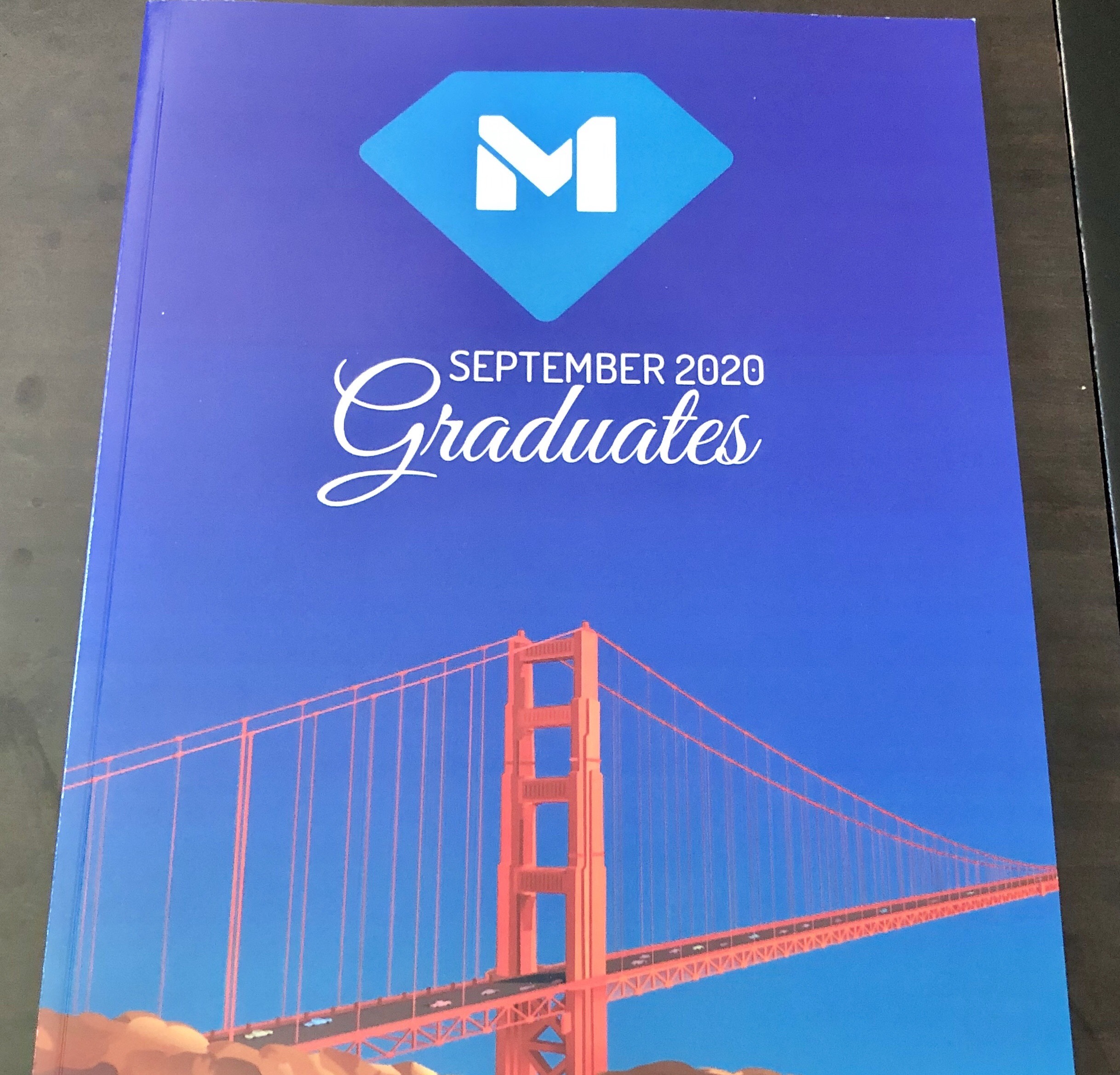 "I can't thank everyone enough for all the support during my journey. I left my family in the Dominican Republic but I gained a new family at Make School. When I think of all of you, the picture that comes to mind is a huge human ladder where Dan, my coach, is the root carrying me on his shoulders, Make School's staff and peers [are the middle rungs], and at the top Adriana, my iOS instructor, pushing me over the huge wall that was blocking me before. You all helped me get to the top and over that wall, and for that I will always be graceful to you all. Thanks."

"Thank you all for the well wishes and encouragement. It's great getting a final bit of support as I begin my journey into the workforce. It's been a very eventful two years and I feel well prepared for the job market. Now it's just a matter of landing the job. To LinkedIn and Leetcode I go!"

"My community college graduation they showed my name on a screen for half a second. This is awesome." 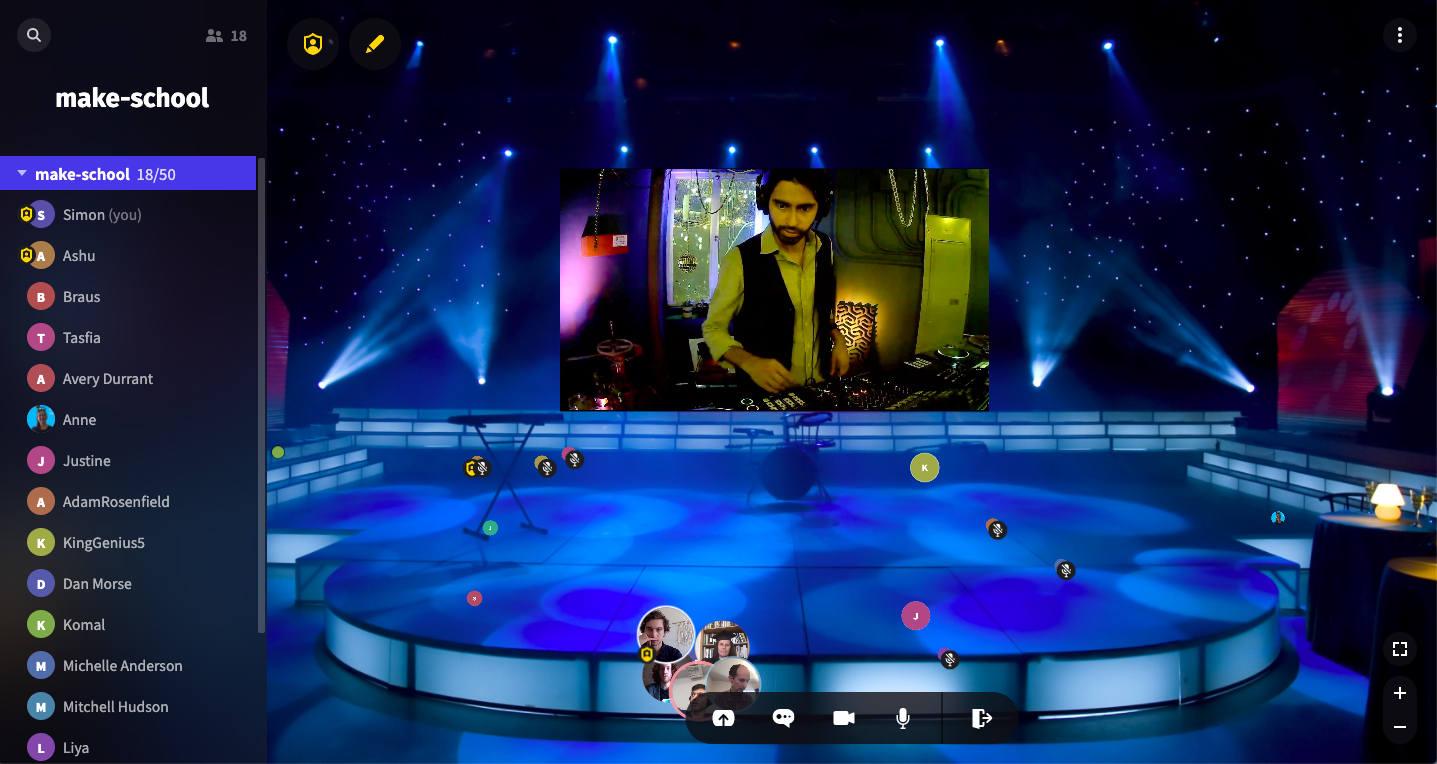 After graduation, attendees enjoyed a virtual party with founder Ashu Desai as the DJ. We utilized the awesome platform SpacialChat that provides an easy way to create virtual events! 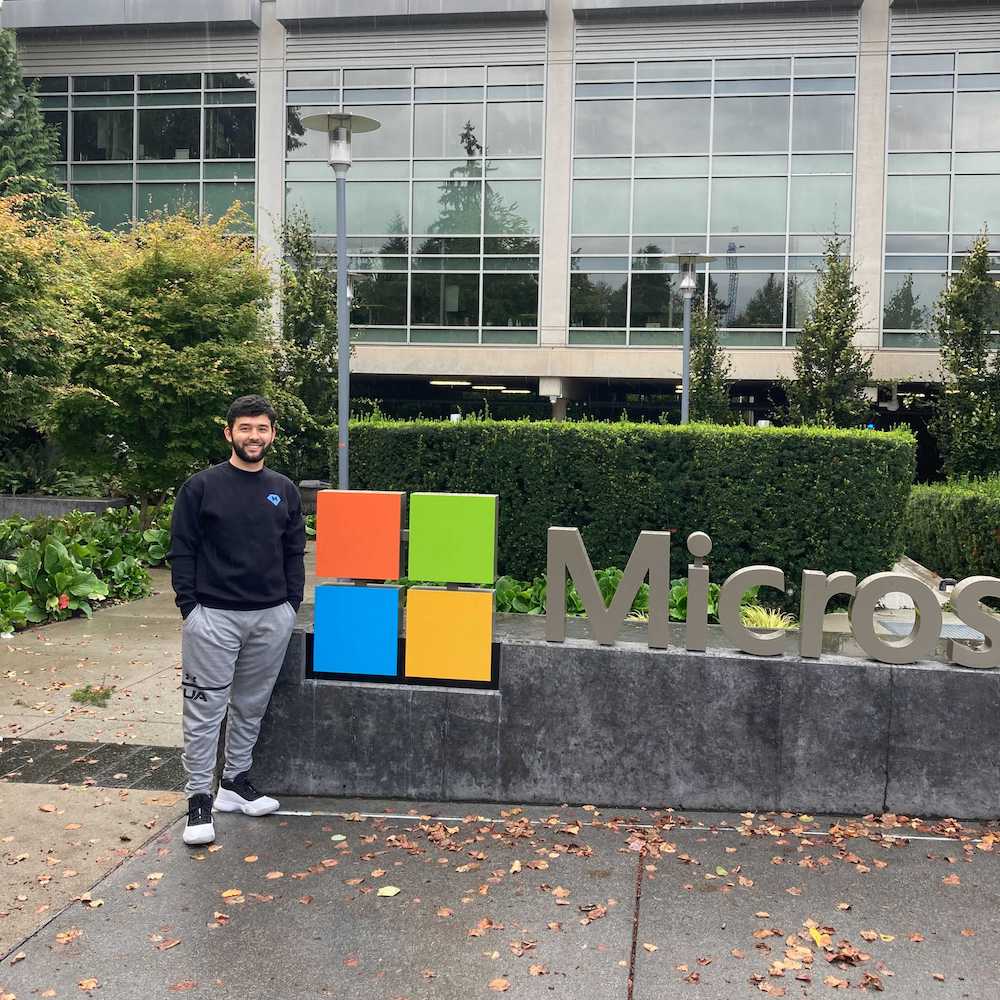 Meet recent graduate Sukhrob Golibboev, who is originally from Tashkent, Uzbekistan. Sukhrob just recently started as a full-time Software Engineer at Microsoft and wants to grow professionally and personally there so he can eventually give back to the communities that supported him on his journey.⁠⠀ ⁠⠀ Sukhrob has always been into science and new technology but didn’t know which path to choose. When he first came to San Francisco 5 years ago, he was initially studying math at a community college. A close friend recommended an introductory CS class, and it got Sukhrob interested in how software can improve people’s lives.⁠⠀ ⁠⠀ Sukhrob’s favorite Make School memories involve playing ping-pong with friends after spending long hours in the Quiet Room grinding away at coding challenges. He’s had so much fun at Make School - he had never previously been in a community as friendly, safe, and welcoming as Make school. He feels the community is like a family.⁠⠀ ⁠⠀ His advice to future students is to “Be curious always. And if you’re thinking of giving up, DON’T! I had times I thought coding is not for me, or I am not smart enough. But I kept continuing to learn. Lastly, never stop seeking help and also offering your help to others.” 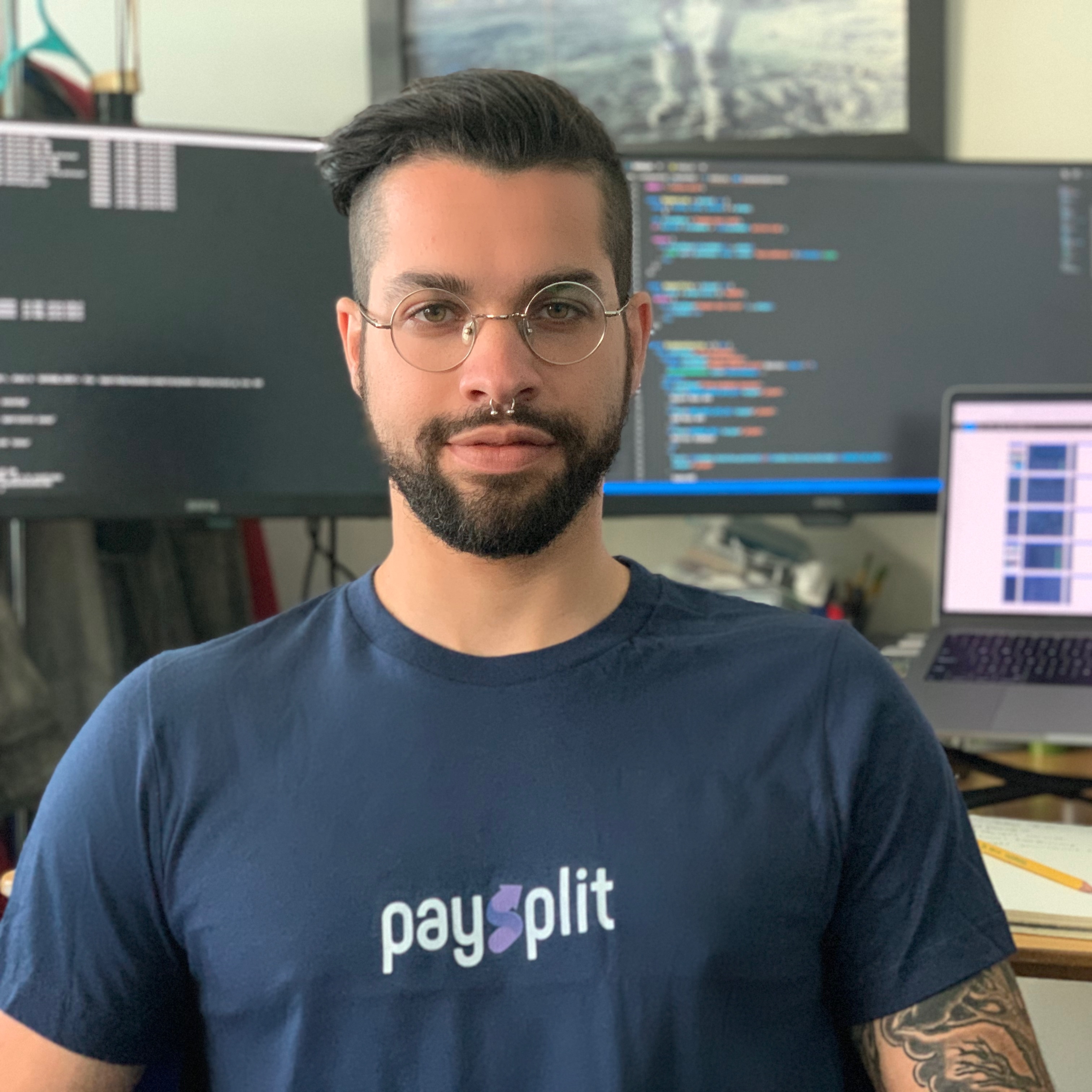 Meet graduating senior Elliot Briant, who was born in Ft. Lauderdale, Florida and raised on an island of Brazil called Vitória. He emancipated himself at the age of 16 years old and moved to the US to seek higher education and new opportunities.⁠⠀

For as long as Elliot can remember, he's always been interested in technology. Growing up in a 3rd world country, however, meant access to technology was limited - especially growing up in a "favela", a type of low-income neighborhood in Brazil. To get access to the internet, Elliot used to go to a LAN-House - a type of cyberspace where you can "rent" a computer and access to the internet by the minute, which is where he managed to teach himself HTML and CSS online. However, it wasn't until he was 21 years old - after a friend re-introduced him to CS - that Elliot decided to switch his major from pre-med to CS.⁠⠀

Elliot's advice for future students at Make School is to take ownership of their education and career paths. Make School provides students with the resources, tools, community, and projects to level-up - but ultimately, it's up to each student to achieve their own success.⁠⠀

What's next for Elliot? He has almost completed his time as a software engineer contractor in collaboration with NASA's Jet Propulsion Laboratory and the Indian Space Research Organization (ISRO) on a Mission called NISAR that helps scientists better understand climate change. After that, he'll be embracing his entrepreneurial mindset and working full-time on his own FinTech startup venture called PaySplit Inc., a platform that enables groups of people to distribute payments frictionlessly.⁠ 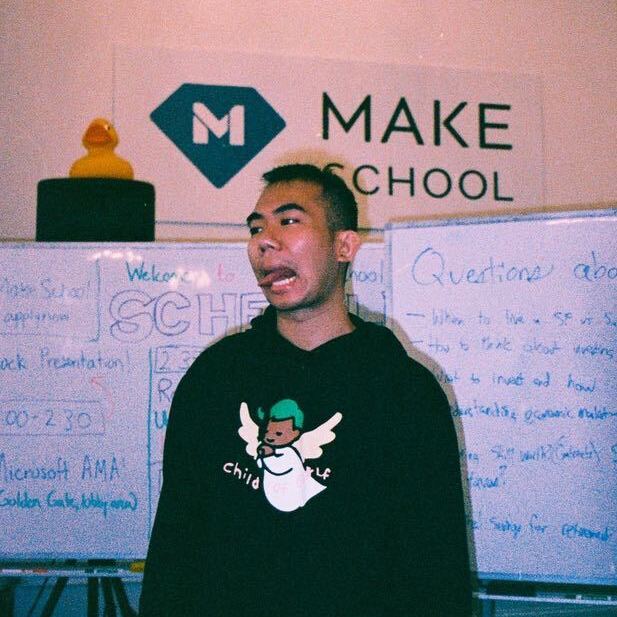 Meet Ryan Nguyen, who'll be graduating during Fall graduation this September! Ryan is from El Monte, CA and most would describe him as offbeat in the most perfectly timed way. Computer Science was always challenging for him - since the beginning of his journey through Make School. But what kept him interested were the results of his work being on the apps in people's pockets.⁠

His favorite Make School memory was learning about binary trees and playing ping pong in the same hour. His advice for future students is to continue to ask pressing questions to the programmers around you because everyone is more than willing to help out. Ryan is currently working as an iOS developer at Bolar Score, which innovates the relationship between landlords and tenants.⁠ 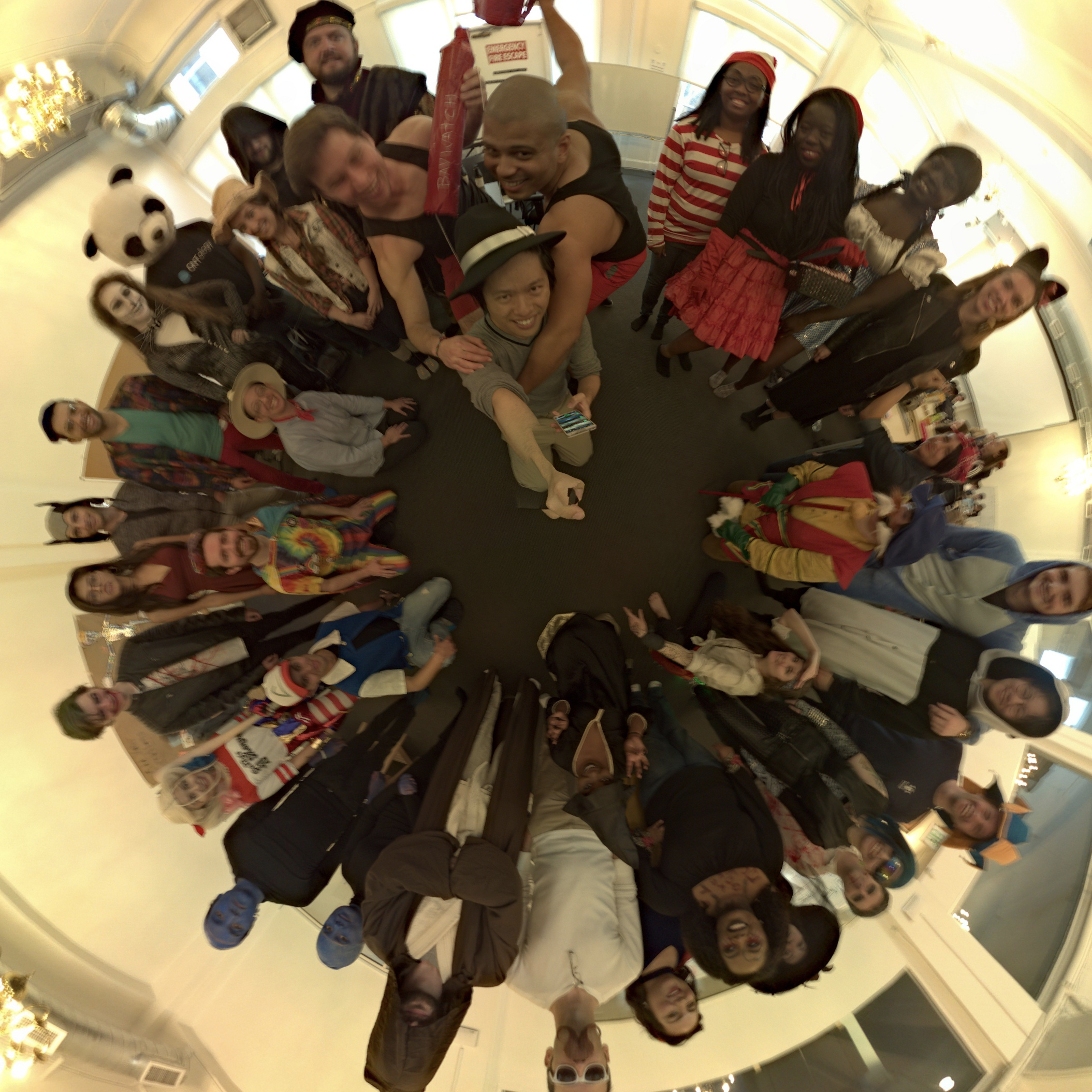 Meet Raymond Wu, who is graduating this fall and is originally from Los Angeles! He is passionate about technology because he loves the things that you can do with machine learning and other technologies as they apply to the physical sciences - for example, computer vision as it applies to cryo-EM in the medical field; or predicting core samples in geology.⁠

Before Make School, Raymond was doing brand protection work at a private investigations firm where his day-to-day was making web scrapers to find counterfeits. He was making databases, creating heatmaps, and finding illicit activities. It got him to wonder what else he could do with the data and that's what led him down the journey to find CS and Make School.

Raymond's favorite memory from his time at the program is definitely the 2 Halloween photoshoots that he did. He did one photoshoot for the humans of Make School and one for the dogs :P⁠

What's next for Raymond: "right now I'm at an internship working on an Uber library called Kepler.gl and Deck.gl through Codelabs. I've got a presentation at the end of the month that I hope will turn into a new grad offer but I'm currently applying to various other places in case it doesn't!"⁠

For more words of wisdom from Raymond, see this article he wrote with advice for future Make School students! 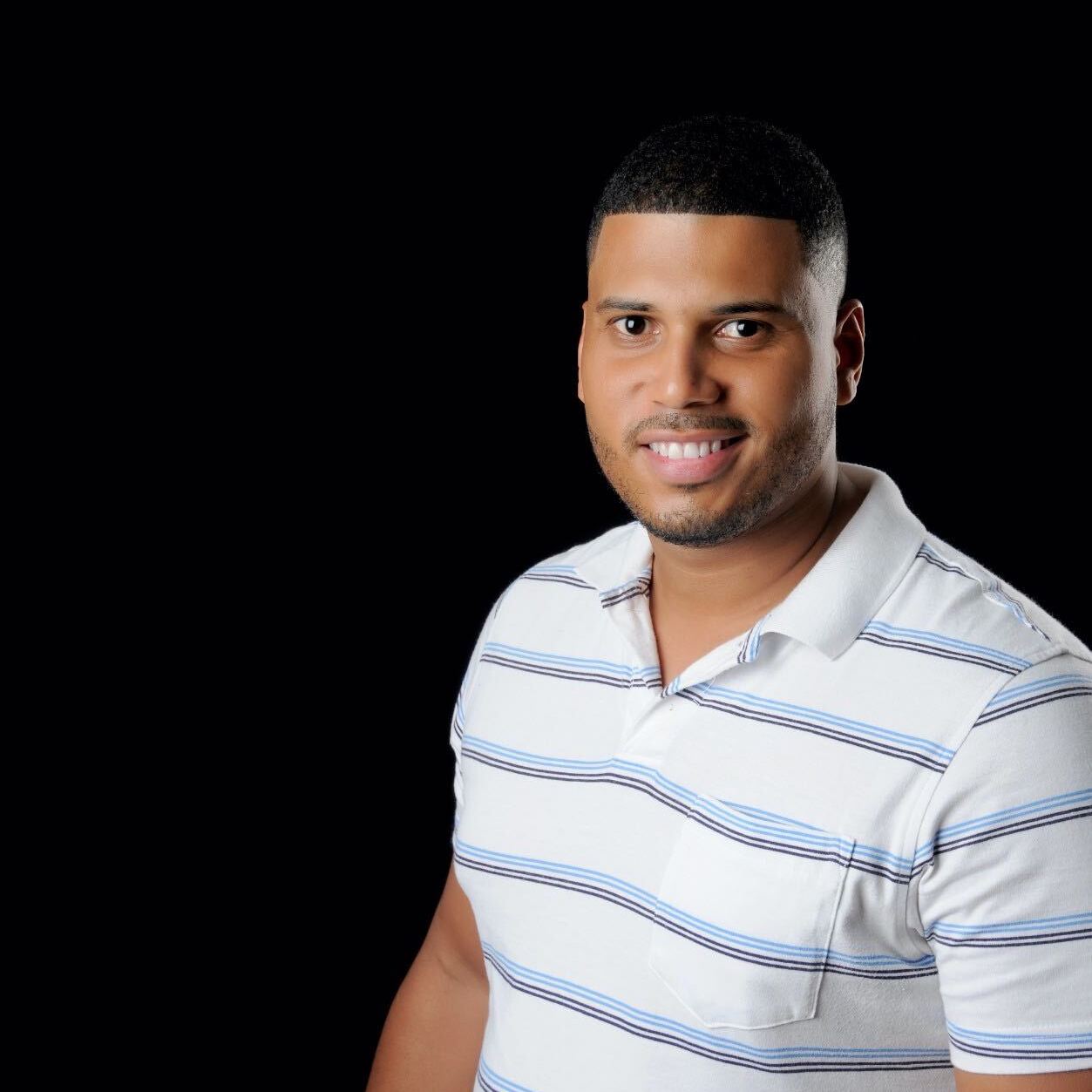 Meet graduating senior Ramon Geronimo, who originally comes from the Dominican Republic. He first became interested in technology because he wanted to provide solutions for sports and education through his nonprofit Rising to the Top (@rising2dtoporg).⁠

Ramon's favorite memory at Make School was his last day of class because it was the moment he reached his goal of finishing his education no matter what obstacles and sacrifices he had to make.⁠

The advice Ramon would give to prospective students is to "Define your WHY: Knowing your purpose and the reason why it is important to you will help you reflect when facing struggles or failure."⁠

After graduation, Ramon plans on continuing to make a difference to the tech industry and wants to tell his story to inspire others who want to learn how to code and don't know how or where to start.⁠

Admissions The Basics of Deep Breathing and Meditation Practice Mindfulness - in college and beyond! December 24, 2020

Admissions Sleep Hygiene: How to Sleep Well in College Tips and tricks to sleep well throughout college! December 17, 2020